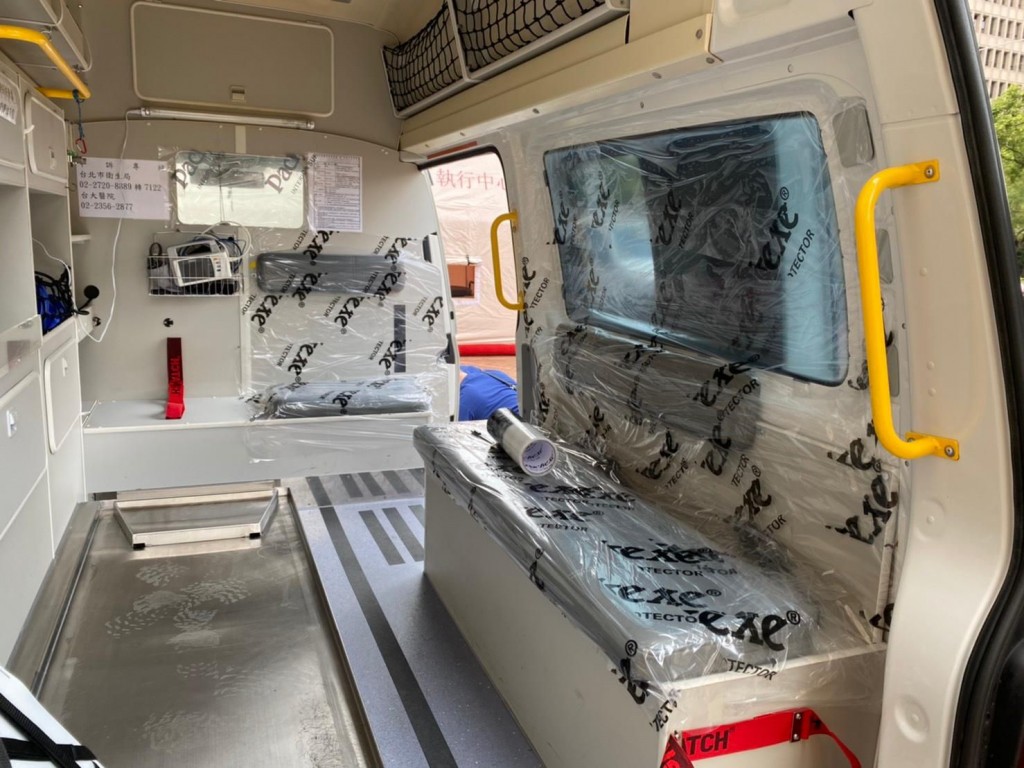 Since the start of the Coronavirus pandemic, Packexe Ltd have been supplying their range of self-adhesive protection films to both UK and overseas emergency services as a protective solution for Ambulances.

When applied to ambulance interiors the film acts as a preventative barrier between contamination from contagious patients and the vehicle surface.

The film is quick and easy to apply and has shown to reduce both time and cost of ambulance disinfection.

Teams in Taiwan were the first to adopt the method as Asia became the epicentre of the virus at the beginning of the year, with Portugal, the UK, Hong Kong and Sweden, who used the solution during the 2014 Ebola crisis, implementing the technique as it was needed.

A recent initiative carried out by Packexe has shown the protection films to have multiple purpose. Amidst the continued spread of Coronavirus, frequent and rigorous cleaning of medical devices has been essential. A British ambulance service found that methods, which under normal circumstances worked as intended, were now causing damage to their laptops due to the increased rate of cleaning. Cleaning fluid was damaging laptops that the team carry in the back of ambulances and resulted in the numerous loss of devices, each costing £500.

Packexe created a product to fit the medical laptops, adding perforations for easy application. The service now has a single use protective film that can be cleaned without allowing any fluid ingress, removed without leaving a residue whilst allowing for full device function.

Packexe products have been used in healthcare for the last decade, the Infection Control System, a roll comprised of small protective sheets designed to cover mobile phones, medical PDA’s and all high traffic contact areas, is just one of these. A study carried out by the Royal Devon and Exeter hospital found that since introducing the system there have been no reports of damaged blood tracking devices from cleaning methods or infection transmission between patients. During the current pandemic, members of the public, medical personnel and industry staff in the UK, Taiwan and Australia, are all using the system throughout their daily lives.